Twelve days to go on our fantastic journey, one more stop in France then on to Luxembourg, Germany and Belgium.We had 3 days in Corgirnon in France so peaceful not many people about, we did lots of walking in the Woodlands.

Off to our last stop in France, Millery just north of Nance. A small village along side The Moselle river. 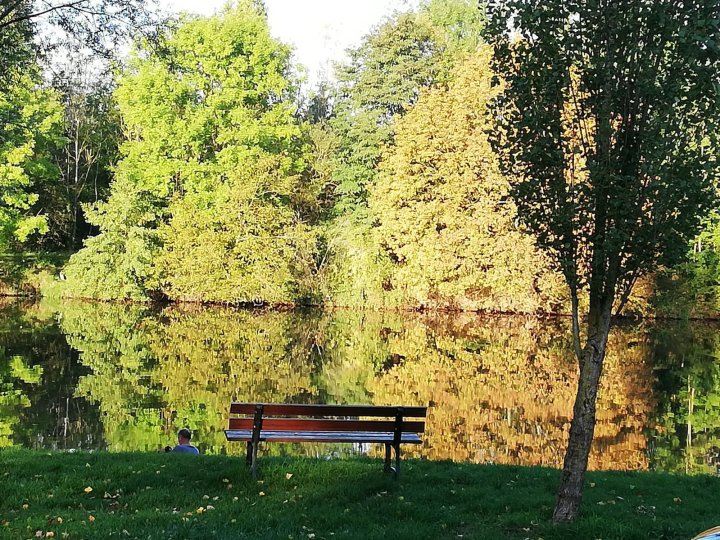 Millery just for an overnight stop a lovely village with a fresh bread making machine that was handy.

We’re off to Germany now but we’re stoping off at Luxembourg for fuel €1.11 a litre in Luxembourg in France it’s €1.70 a big saving. 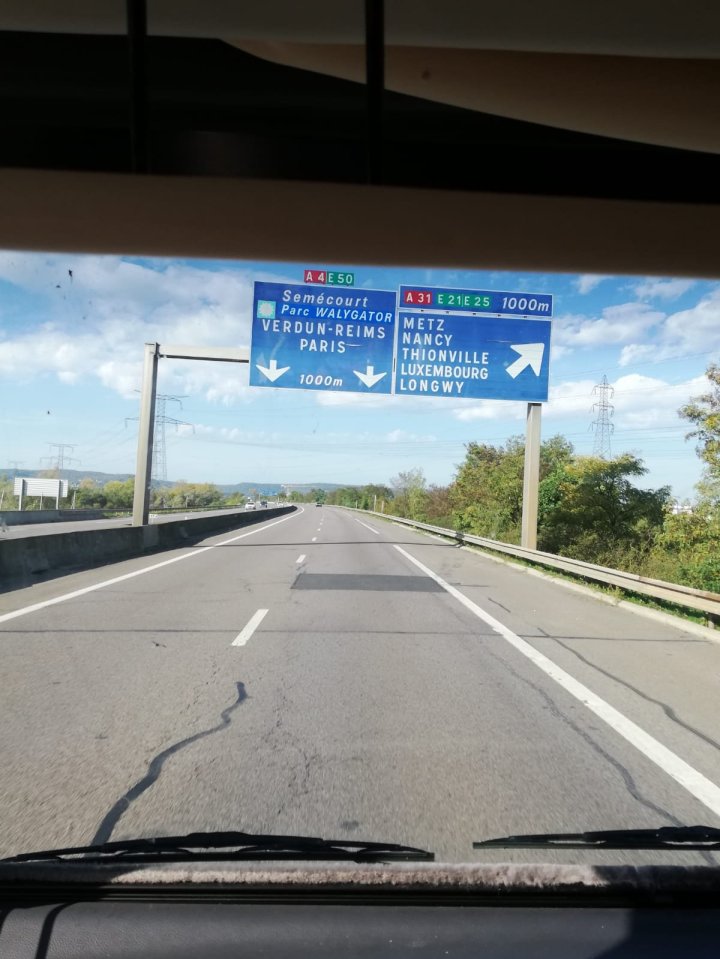 We’re going to Germany the Moselle Valley region. This part of the Moselle river runs from Trier to Koblenz where it meets the river Rhein.

About 60kms of beautiful scenery.The mosell river is in a steep valley where grapes are grown on the sides of the mountains.

It is just coming to the end of grape picking season. 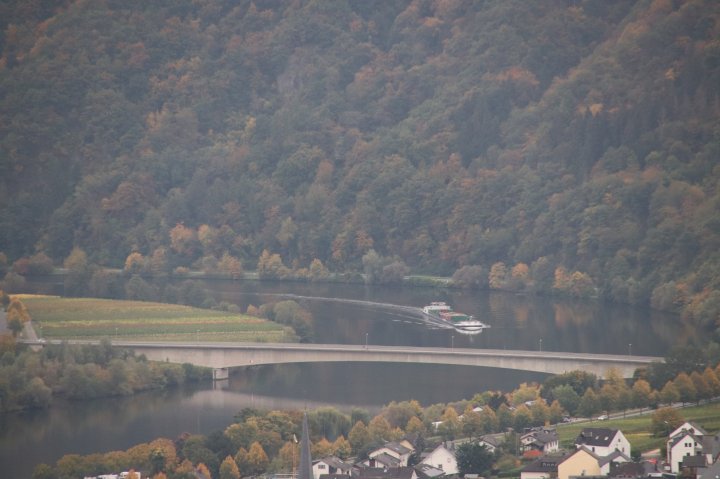 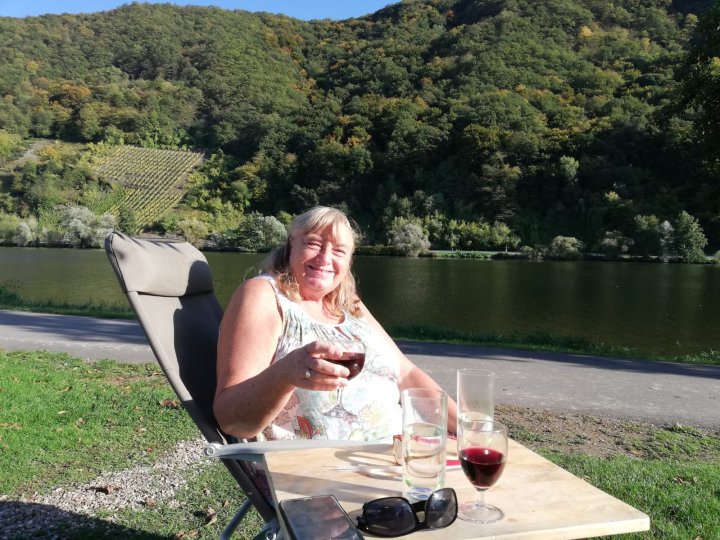 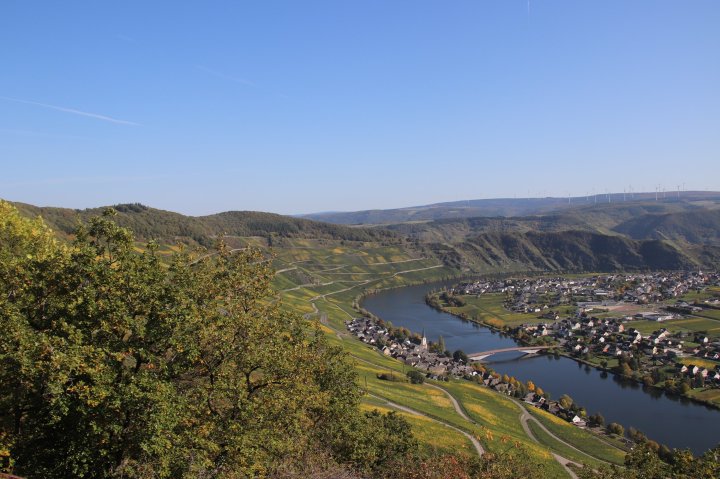 We met up with my brother Terry and his wife Sandra, who were on holiday.

They have been to the Moselle many times, so they took us out in their car and showed us some of the villages and the best scenic places. 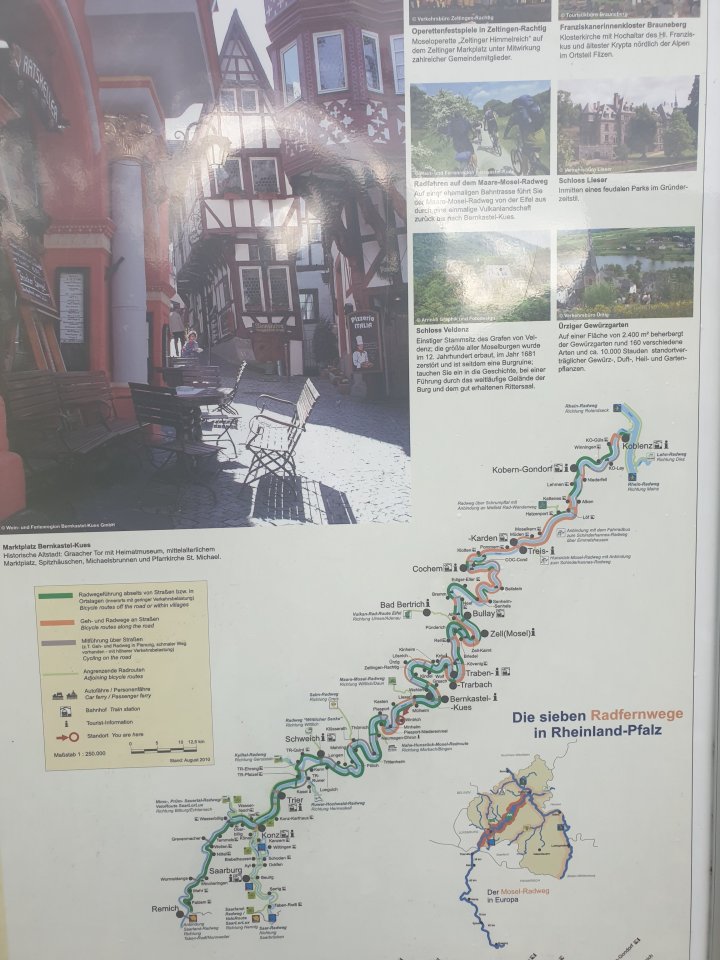 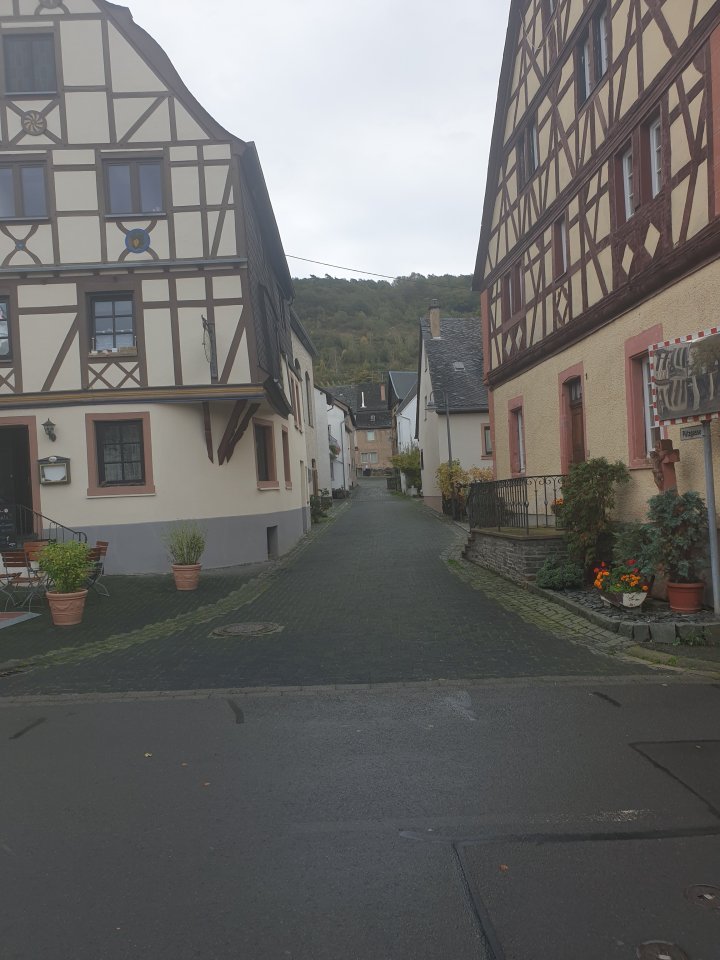 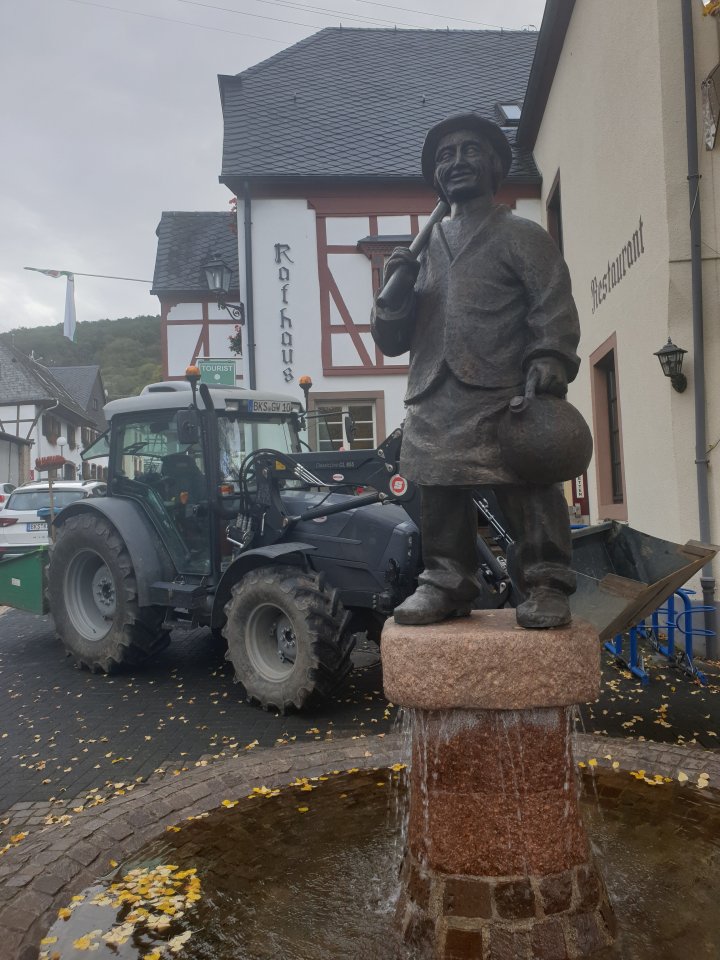 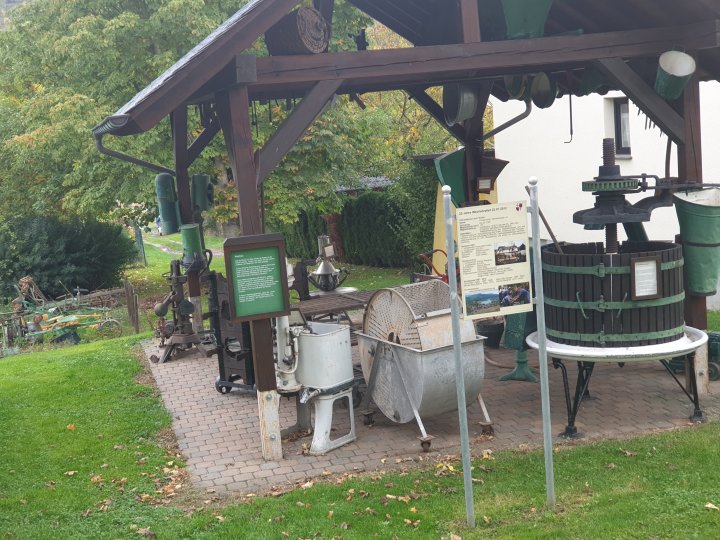 We parked in two villages Minheim and Wintrich, both beautiful wine making villages, as most villages are along the Moselle.

Motorhomes are well catered for along the Moselle region, (and all over Europe) charging about 7 or 8 euros a night to park with electricity and water.

Encouraging people to visit and spend money in the shops, restaurants and bars.🙂

You would never see this in England, where camping sites change between 20 and 40 pounds a night.

Thanks to Terry and Sandra for showing us around.

The Moselle is a beautiful region to visit, beautiful and welcoming well worth a visit 😎🍷👍.

Off we go again to Belgium first stop Diepembark then on to Herk de Strad. 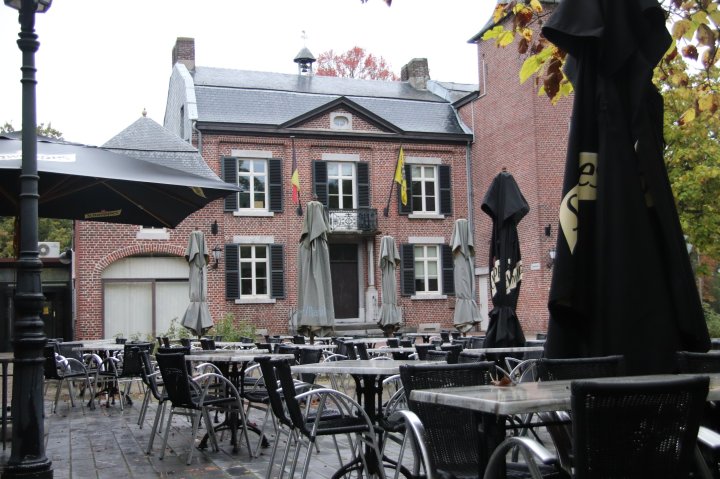 Two nice villages we stayed one night in each, unfortunately it rained both days.

But we went out one night and enjoyed some Belgium beer.🍺 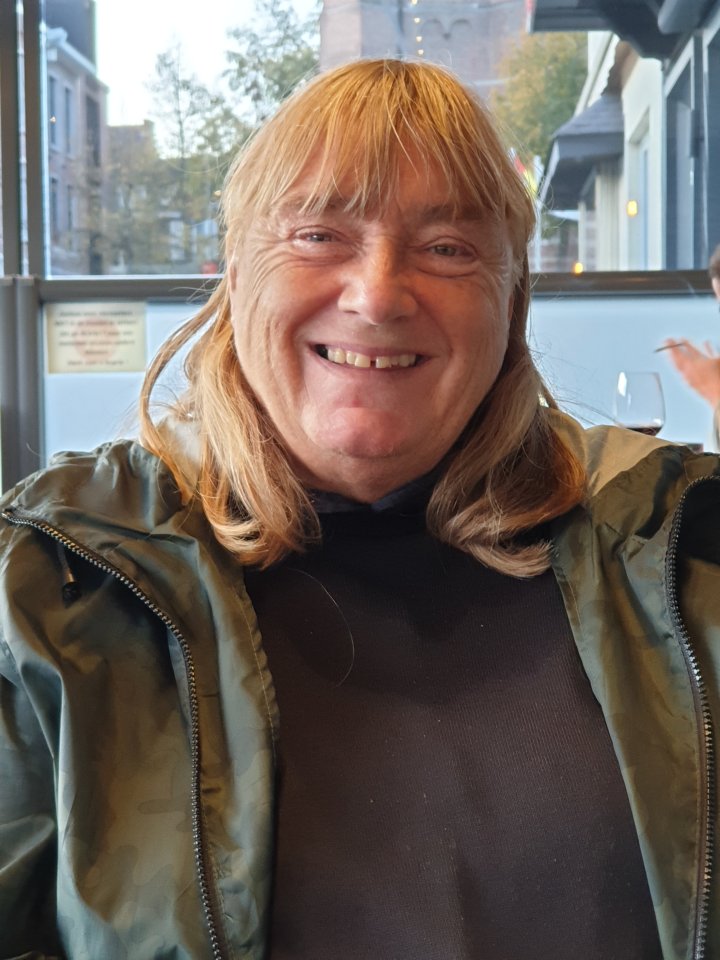 Never mind we’v not had much rain in the last four months. So we watched Netflix, read a book and drank some wine asyoudo.

Down the road we go again to Brussels to see the European Parliament.We parked on the outskirts of Brussels in a safe parking place avoiding the congestion change. 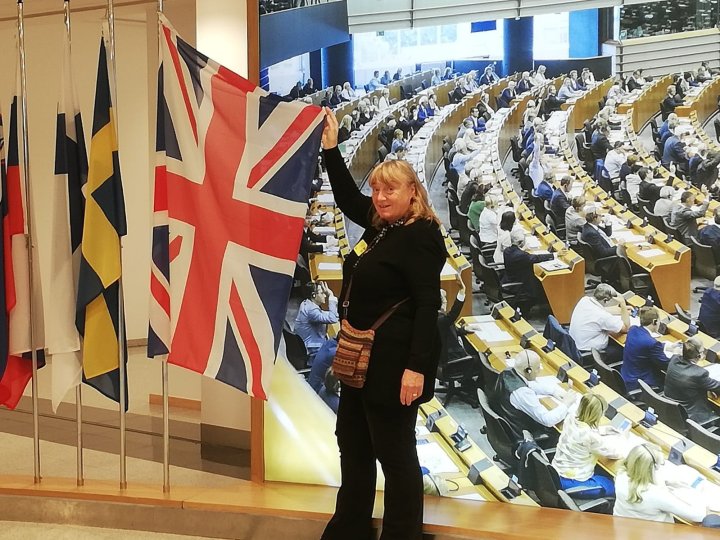 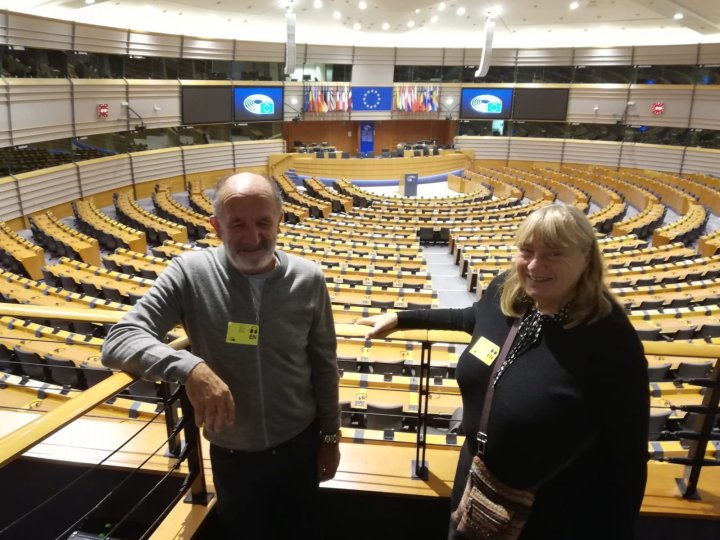 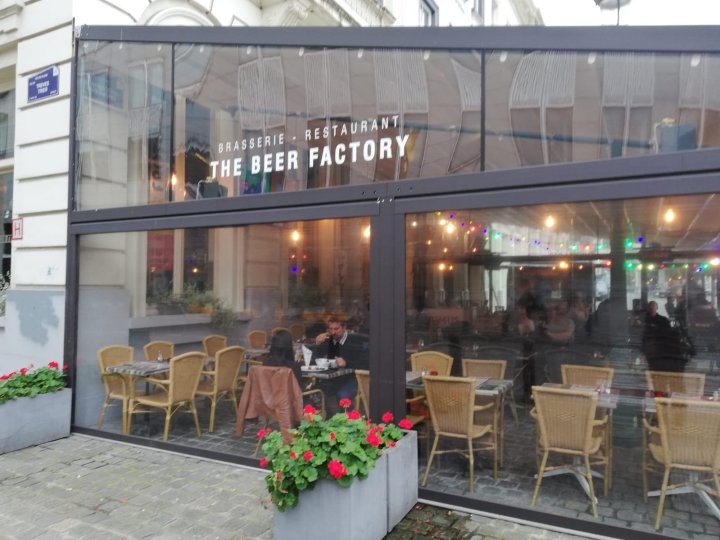 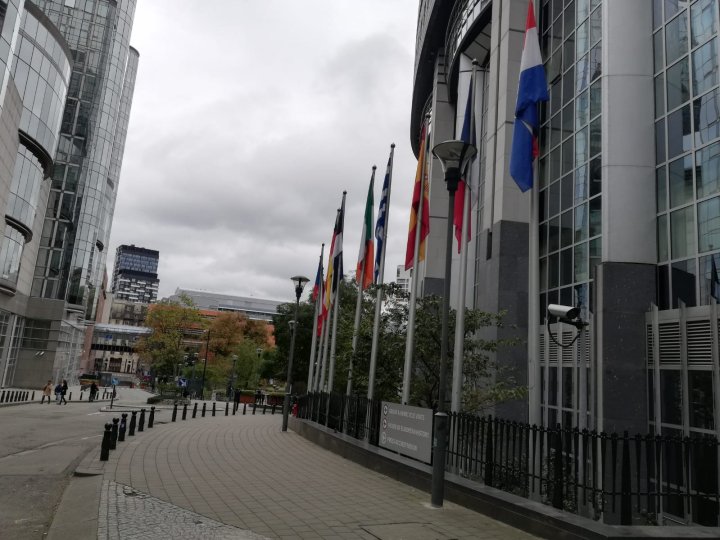 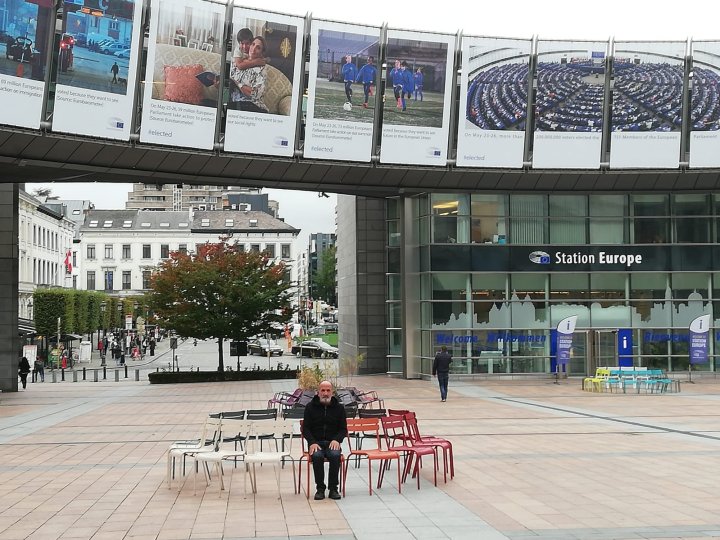 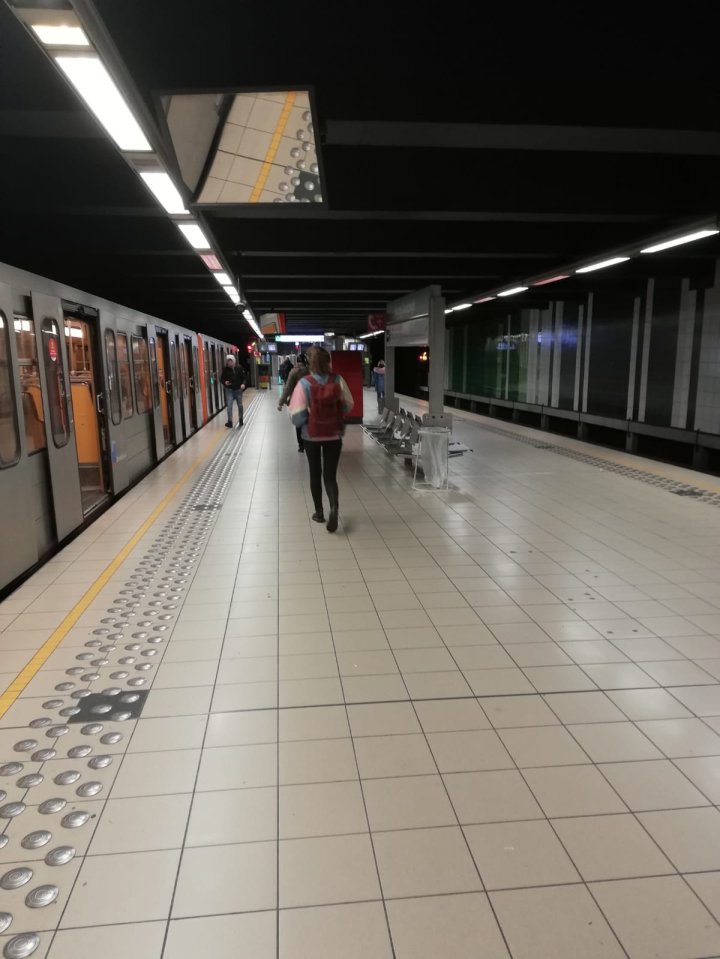 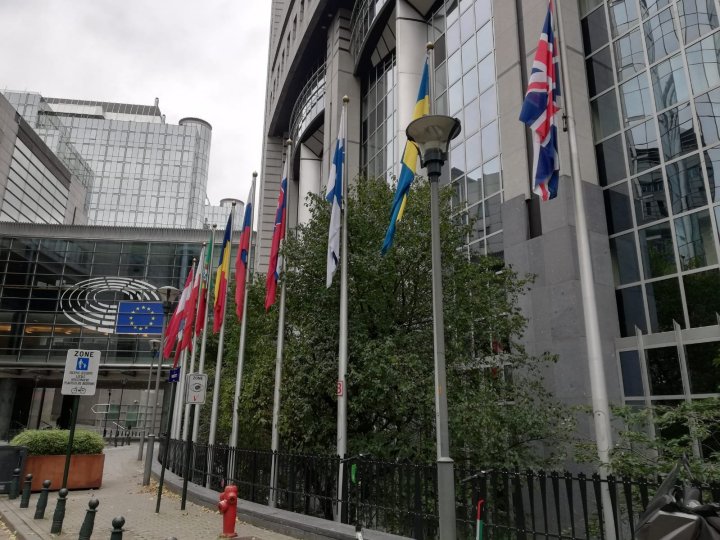 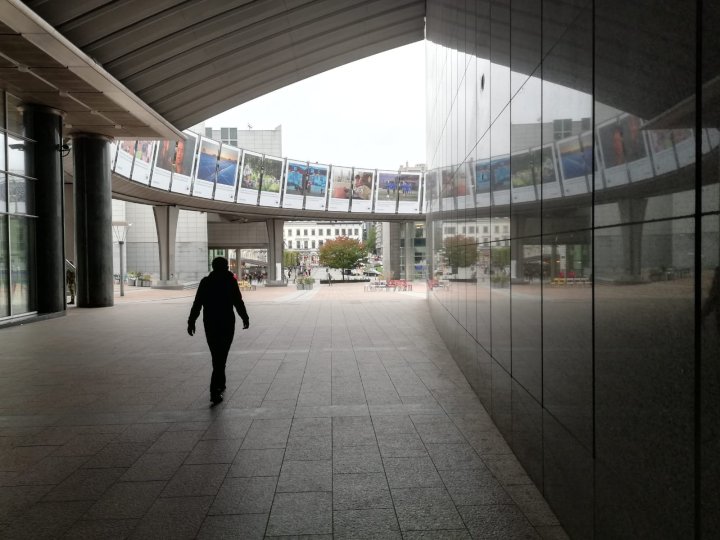 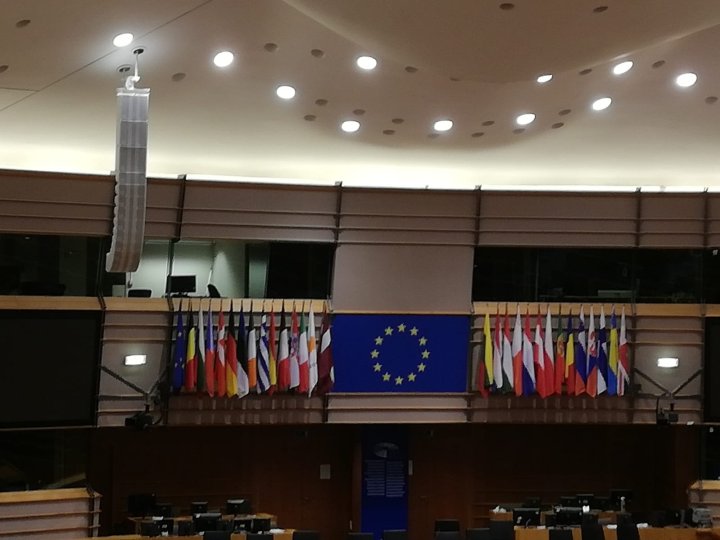 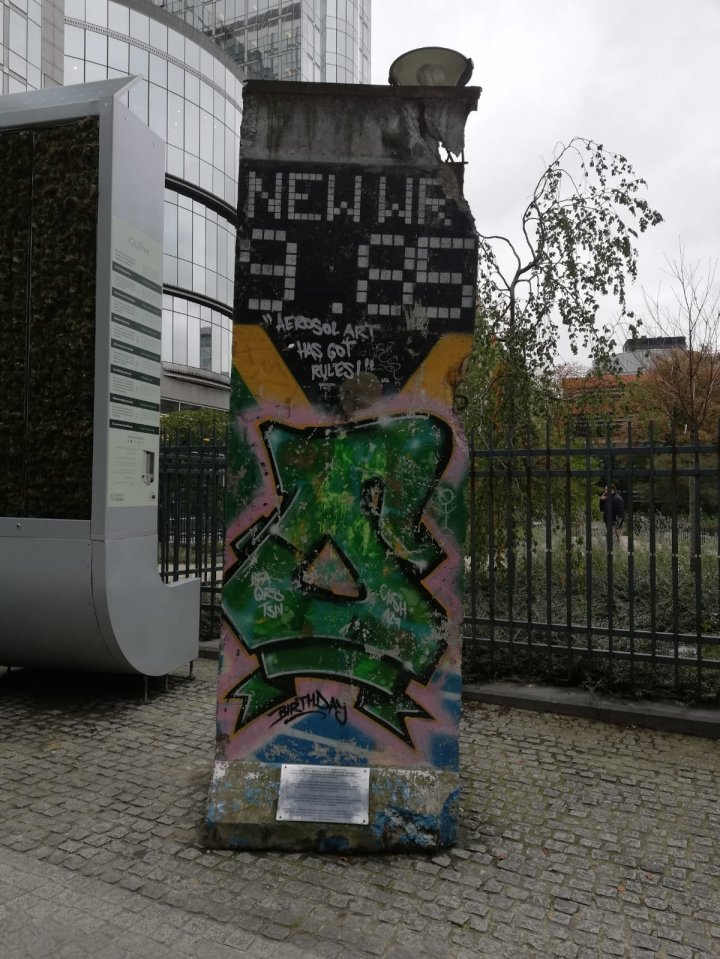 Part of the Berlin wall.

We took the underground to the city centre, two day tickets € 14. So we spent the full day enjoying the interesting city of Brussels

Brussels is a great city lots to see and do, we went to European parliament a big glass building built in 1993. At cost of €2 billion.

We went and had a free guided tour lasting one hour and very interesting it was to.

While we’v been over in Europe we’v been asked loads of times about Brexit.

The European people don’t want us to leave because if we leave and make a success of it,(I know that’s a big if) other European countries will want to leave to.

There is lots of unrest in Europe.We love Europe for holidays, but Europe is not a political paradise, lots of political problems.

I think the uk parliament as made a big mess of things , and the EU has drove a hard deal with UK.

What every happens I think the UK’S MPs will get a shock from the public voters at the next General election.

I know Brexit is a dodgy subject so I’ll leave it at that 🙄.

Brussels is a great city we enjoyed, well worth a visit.

We’re going to a village called Machelen near Ghent in Belgium, to meet up with Keith Sweet and his family.

We met Keith last year in Spain and have kept in touch ever since, we’ve been invited to visit so off we go.

We parked on an aire just one km from Keith’s house, and he came to pick us up and show us around.

The weather was nice so we all decided to go on a bike ride to the next village Deinze. 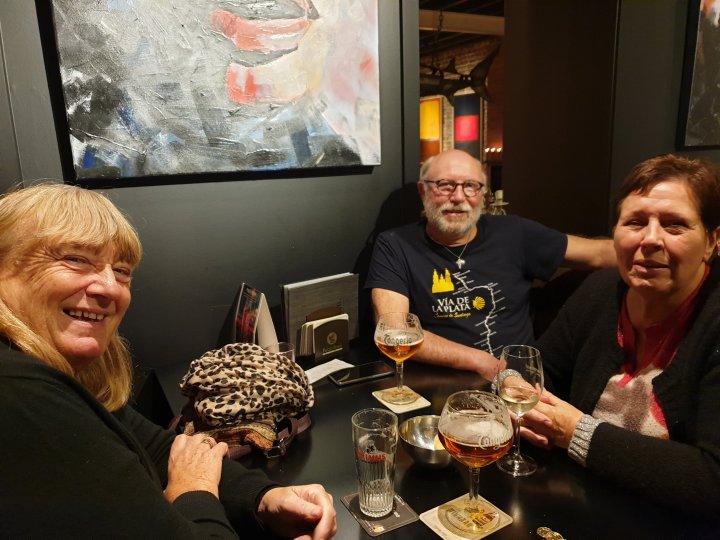 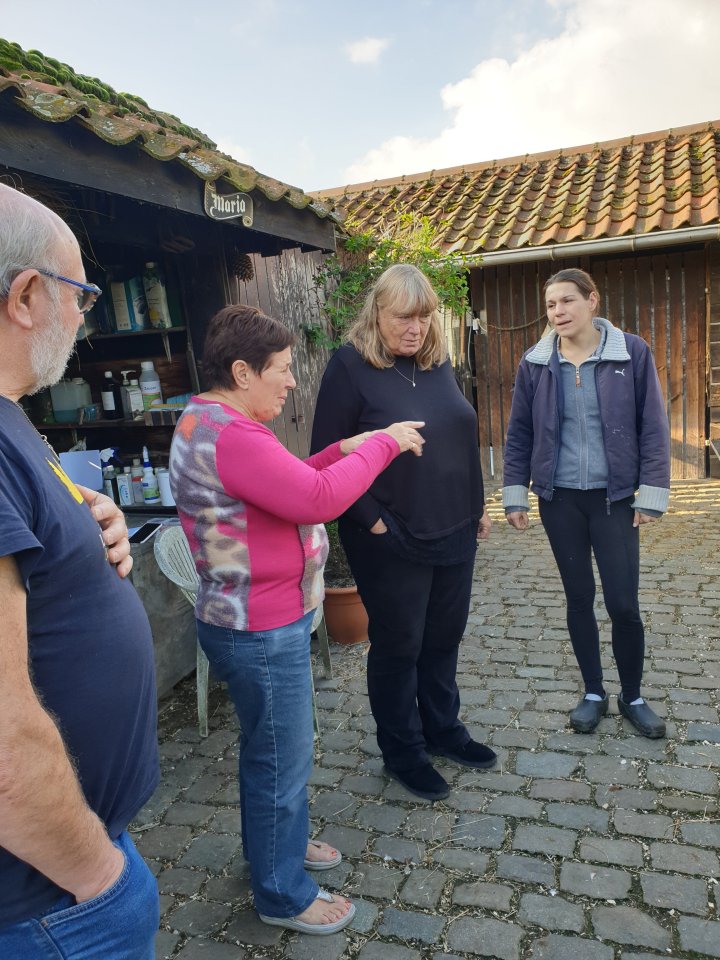 Keith his Wife Lucrece and Daughter Charlotte. Charlotte keeps show Chickens, and is one of the top breeders in Europe. 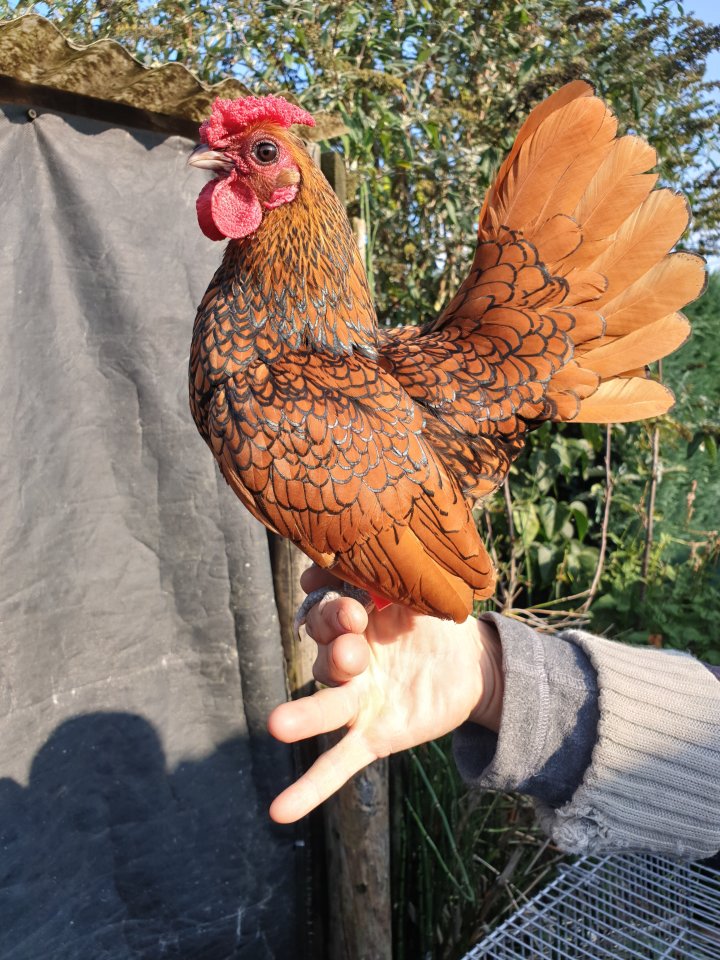 This one won first prize in Europe two days ago. 🐔 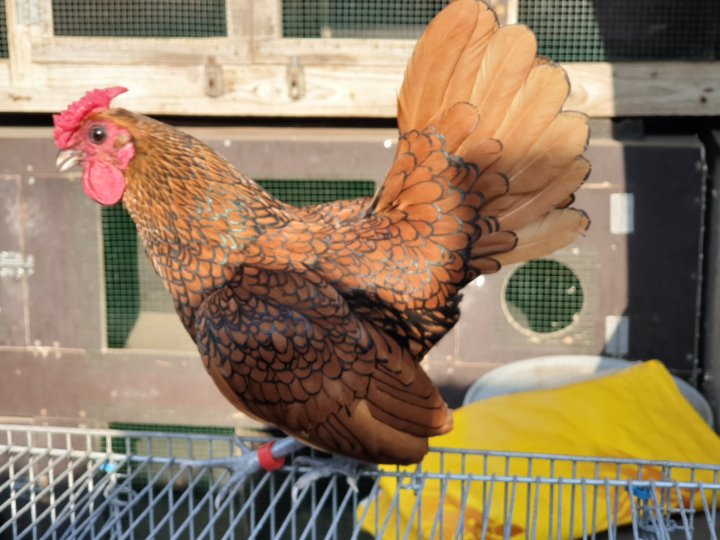 Next day we went to a market and had look around, then we went in to Keith’s local bar and met some of his friends. 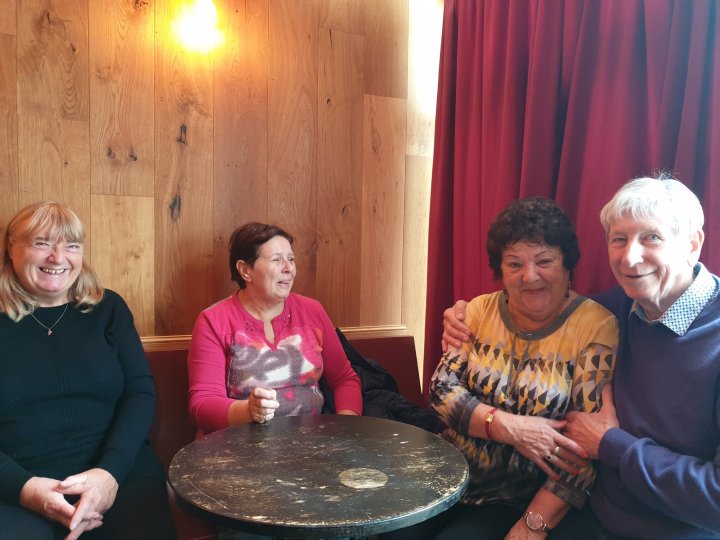 Two of Keith’s and Lucrece friends.

Astrid and Sylvain just got married age 82 and 80 congratulations. 🤗 never give up theres always a chance. ♥️.

Then we went back to Keith’s house and had a lovely meal .

Thanks for making us so welcome we had a great time, Keith and Lucrece 😁👍xx

One more night then in the morning we’re going to Zeebrugge to catch the over night ferry to Hull.

We have had the greatest of times in Europe, France, Spain and Portugal + Luxembourg, Germany and Belgium . 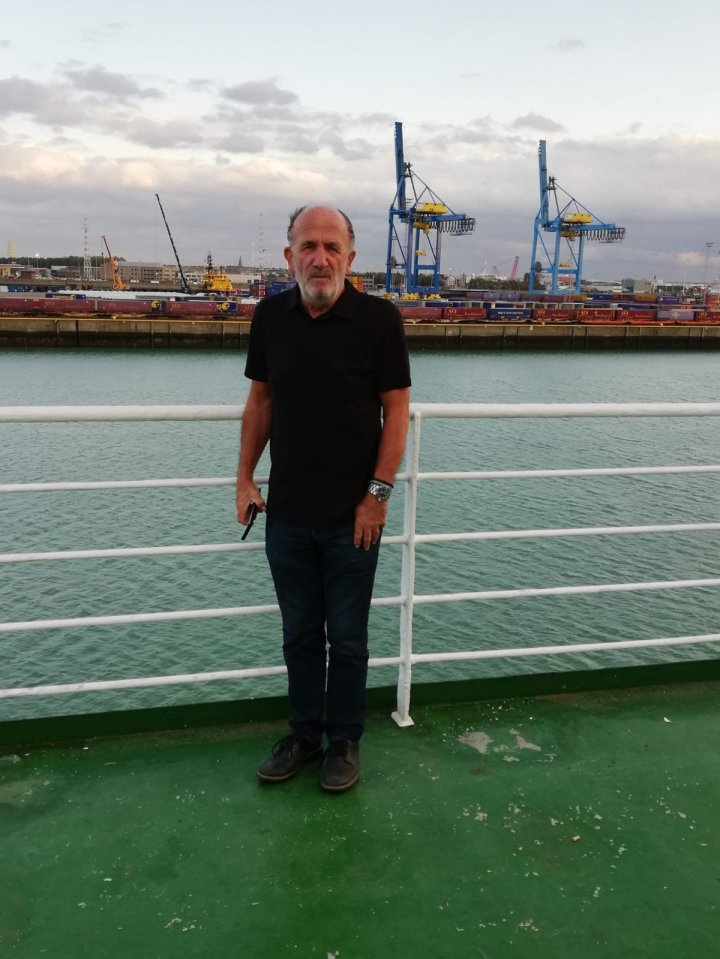 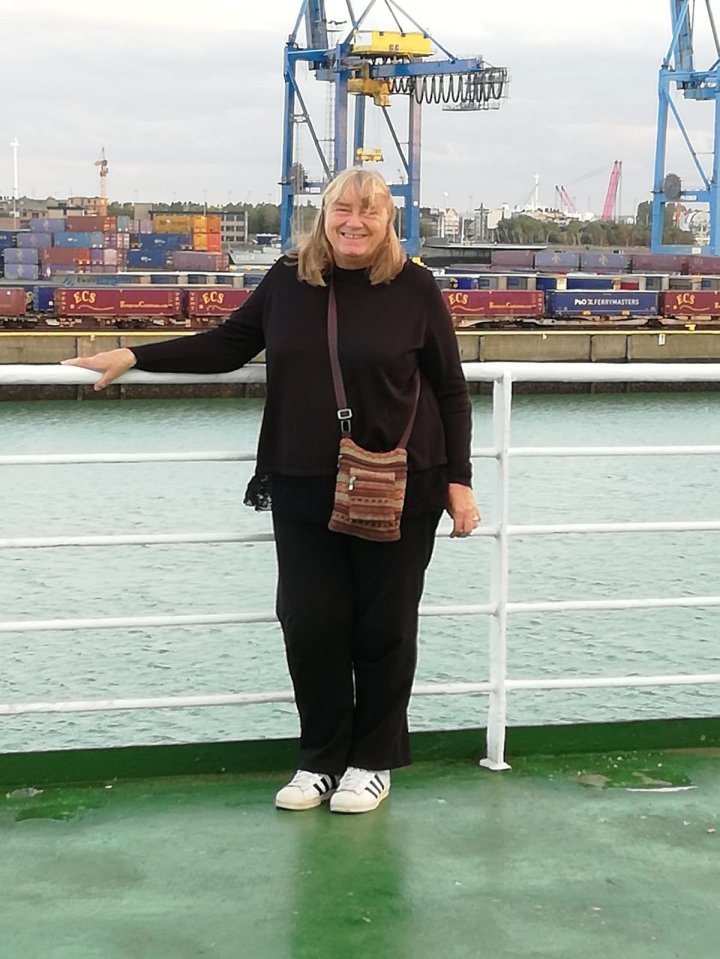 Homeward bound to see family and friends. ♥️ We’ll be doing it again next year but a different route. derekandpat.x