Hi blog four coming up. We decided to stay in Malaga two more days because we like it so much. We think Malaga is one of the best resorts on the Costa del Sol. It’s The provincial capital of Andalusia. A gothic cathedral which is surrounded by narrow streets with lots of modern bars and shops, and a 11th century Gibralfaro Castle sits above this beautiful old town area. Malaga also as modern harbour which as been rebuilt, cruise lines come and go every day. A fantastic beach and lots of cycling tracks which we made good uses of .

Bye Malaga we’ll be back. 😎

We are staying in Andalusia province, but moving inland to a mountain top town of Ronda.Ronda is about 120 kms from Malaga up a winding mountain road, in the Serra de Ronda mountains. Ronda is perched on on a riven ‐ gorge and is one of Spain’s most spectacular towns.Ronda has a new town and old town, three bridges cross the gorge and connect the old town with new. Ronda dates back to the 9th century to Islamic times. The old town is surrounded by a massive fortress walls and a castle, with a maze of narrow streets. The new town as lots of tapas bar and shops and one of the oldest Bullrings in Spain 200 years old. Lots of things to do and see in Ronda 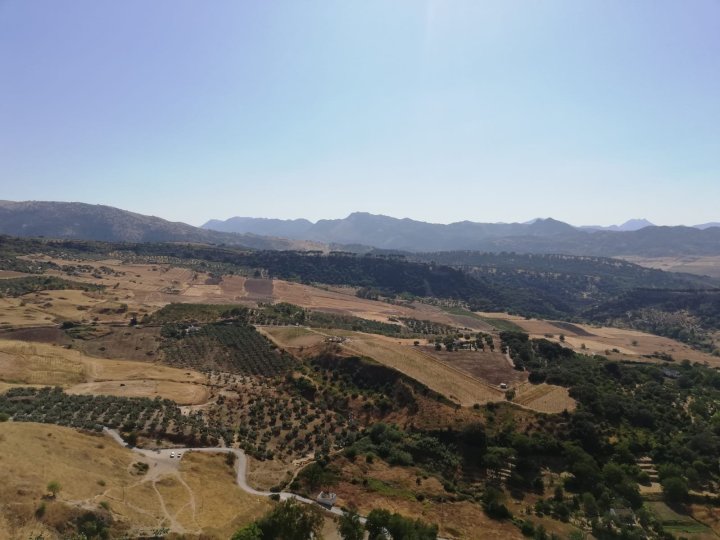 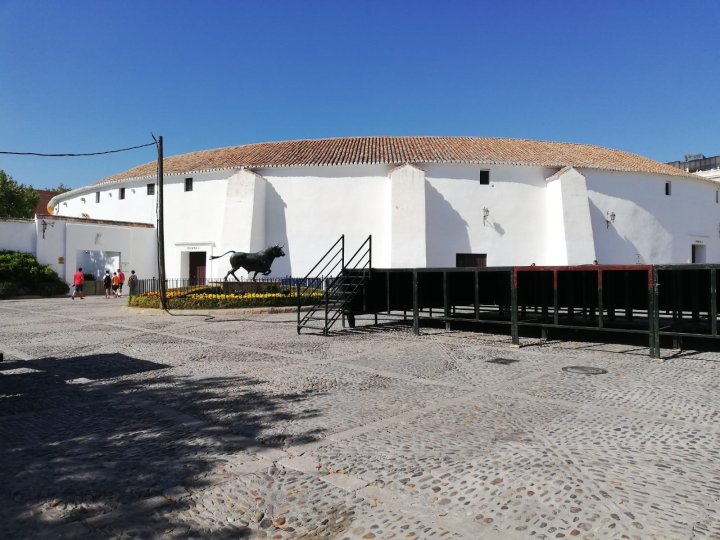 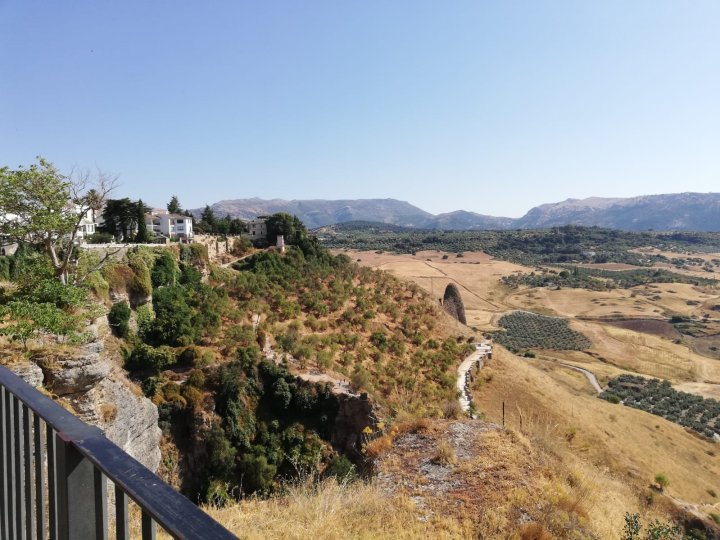 The scenery is spectacular in and around Ronda, our photos don’t do it justice. We came back in to the new town lots of restaurant to choose from, so we had a meal of steak and chips and few beers, just the job after a long hot day 35°🥵.

Next up on our travels Tarifa.The road from Ronda to Tarifa was terrible, winding and twisting with lots of potholes 150 kms took us nearly 3 hours.We’v been before to Tarifa, Its one of our favourite places. We’re staying here for 2 weeks with a trip to Morocco / Tangier thrown in for good measure.We parked on the sand dunes just out side Tarifa, along with 40 other motorhomes. A great place to park. Before we got here we went to the supermarket got plenty of food, then we went and filled up with water and emptied our waste. Now we’re all set for a few day on the beach. 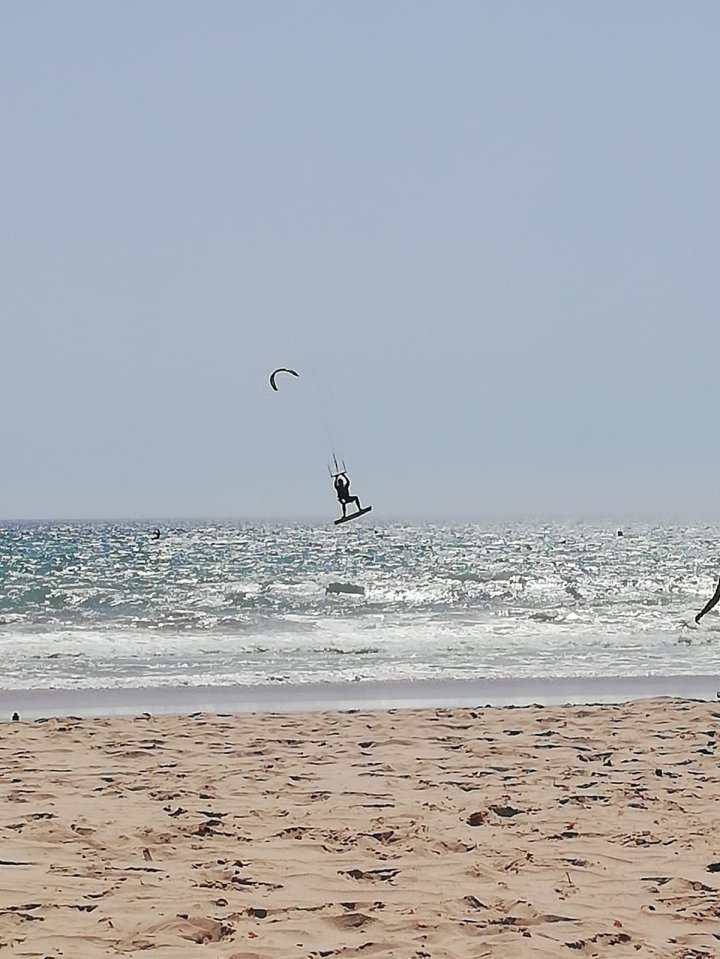 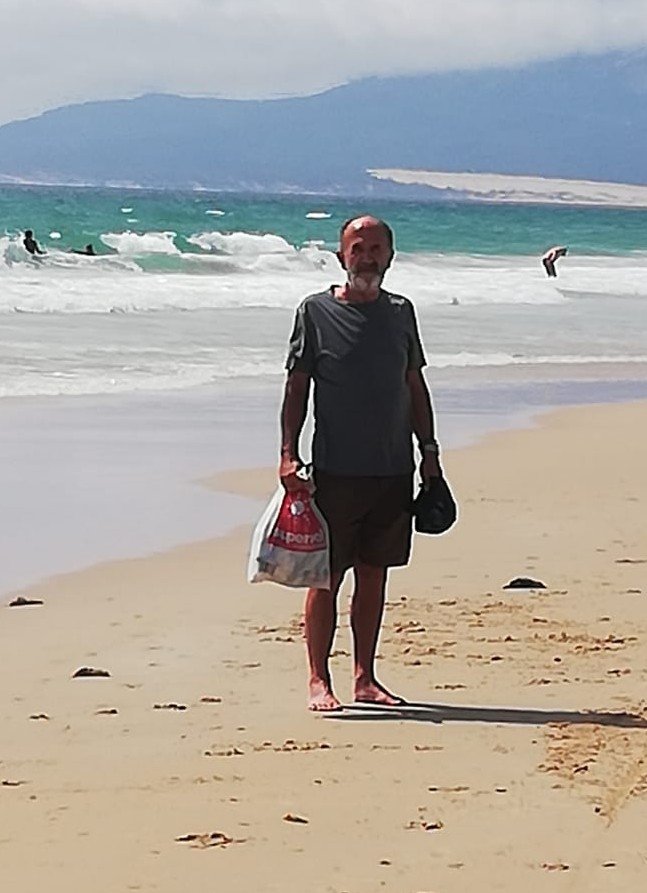 We’v turned in to beach bums sun sea and sand, we love it.

There are 4 beach bars with in walking distance, our favourite is Waves and one called Africa. Cheap and cheerful food and beer 👍🙂🏖.

We can walk into Tarifa town along the beach takes about one hour. We needed to go in Tarifa to book our trip to Morocco, and look around Tarifa old town.

Every town and city in Spain have an old town. Lots of history in Spain 👍

Tarifa is on the south west tip of Spain where the Mediterranean meets the Atlantic ocean. The beach we’re on is on the Atlantic. Tarifa old town as a very Moroccan and Islamic feel to it. It as a wall all around it and a castle. Lot of bars and restaurants and a great night life. Tarifa is a very smart resort.

Today we’re going to Morocco/Tangier on the fast ferry up early 8 15 am.

It takes 1 hour on the ferry to Tangier.

We meet up with our tour guide’s and coach driver on the dock. Tangier has a population of about 1 million people, it’s a big city so you need a guide for a day trip. We made 5 stops. The Moroccan coast line. The posh part where the king lives and lots of other very rich people. Then into town for a traditional Moroccan meal, and of cause the old town.

The coast line is very beautiful but not many people on the beach. Then we went to caves of D’hercule. Then on to see some Carmels you could have a ride if you wish, but not for me last time i was on a carmal the one behind tried to bite my neck lol. Every time we stopped we where pestered by trading people trying to sell us things, and wouldn’t take no for an answer. I wouldn’t mind but it was all rubbish. Next our traditional meal at a nice hotel. A taste of Morocco a 3 course meal I enjoyed it. Finished off with some very sweet tea. Back on the coach off to the old town. When we got there our friends the traders were back the same ones trying to sell the same stuff lol. The tour guide took us a round the narrow streets, just as well we’d have got lost.

Tangier as lots of history and it’s been a very interesting day. 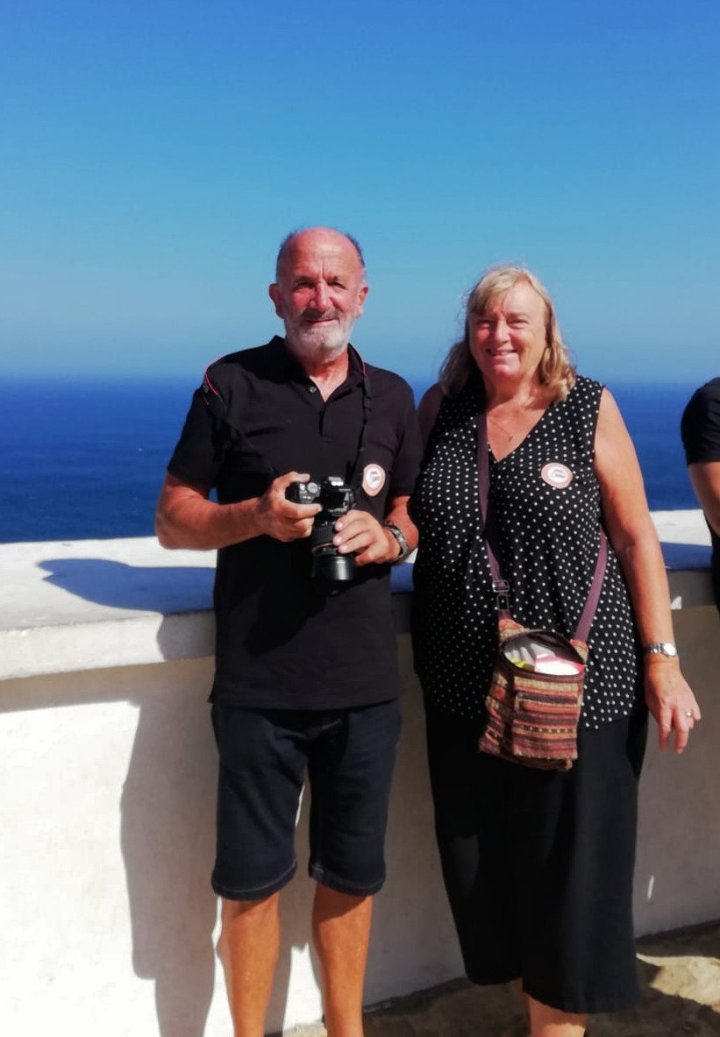 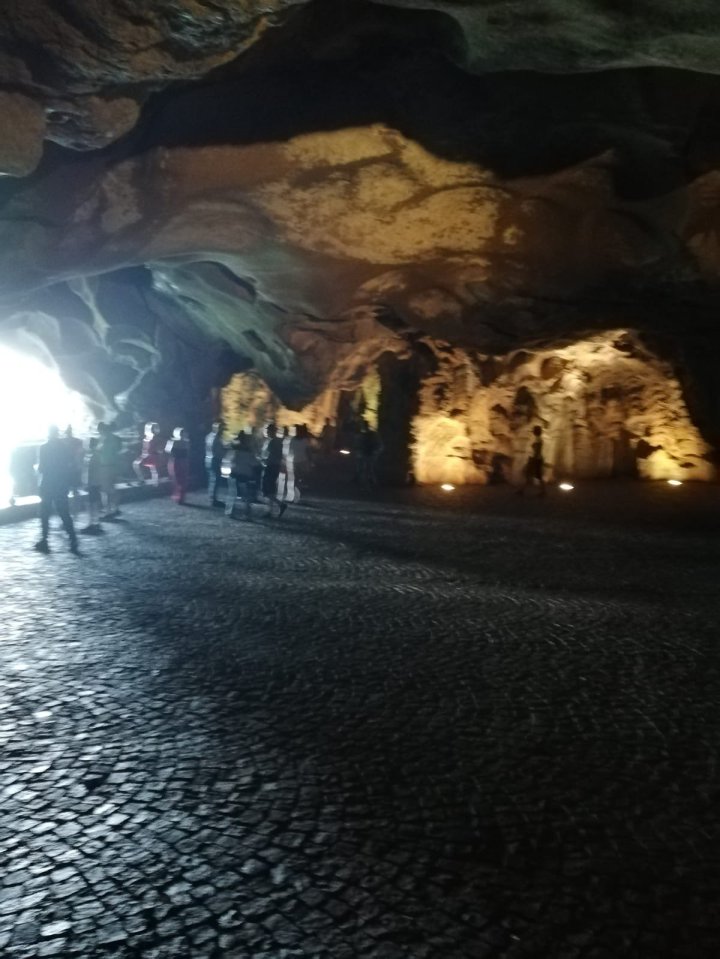 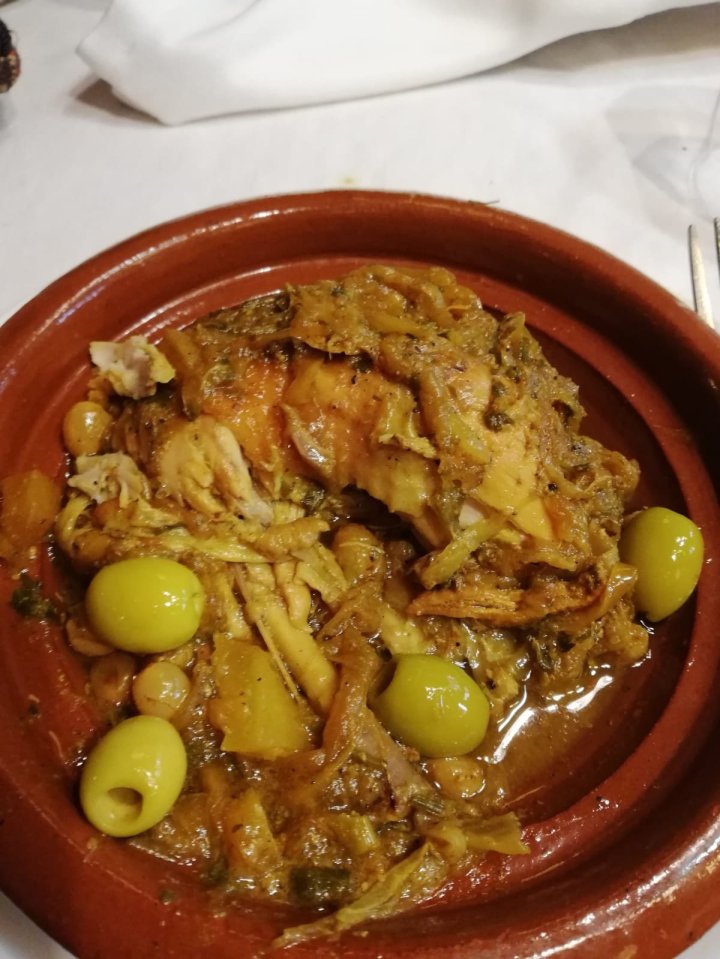 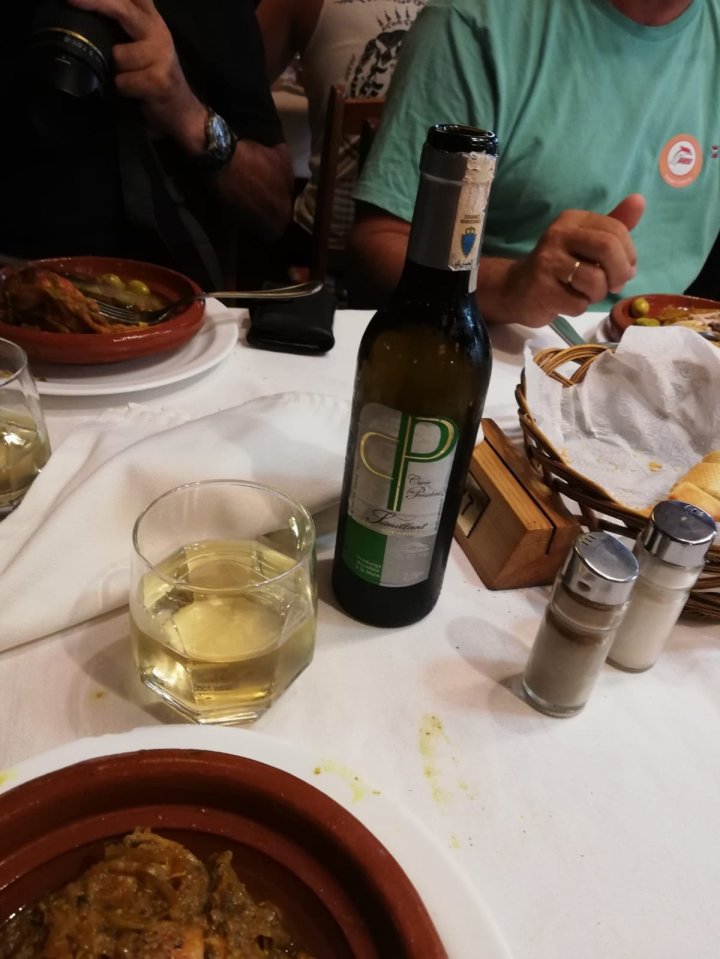 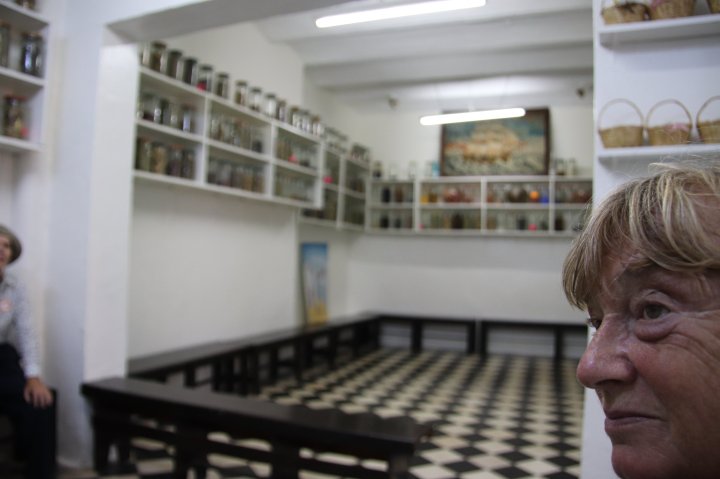 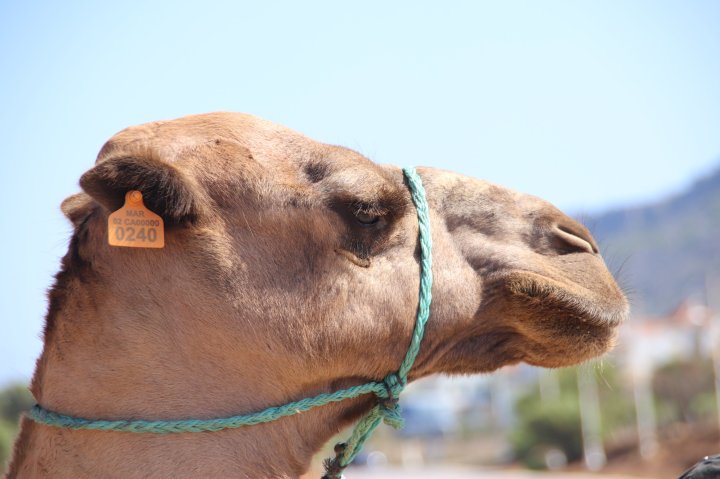 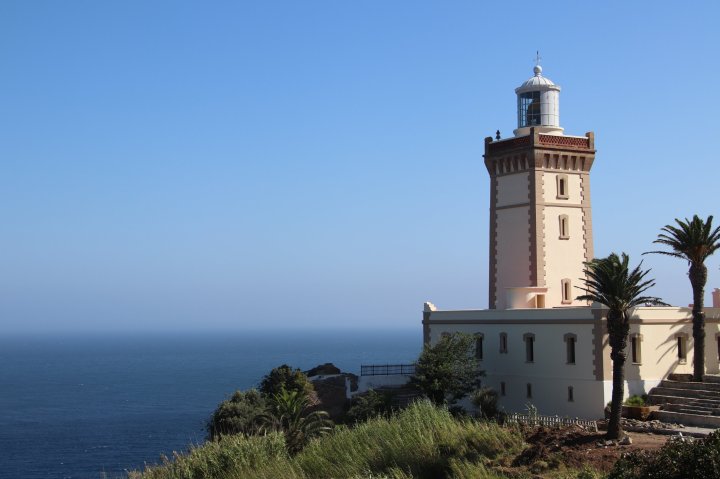 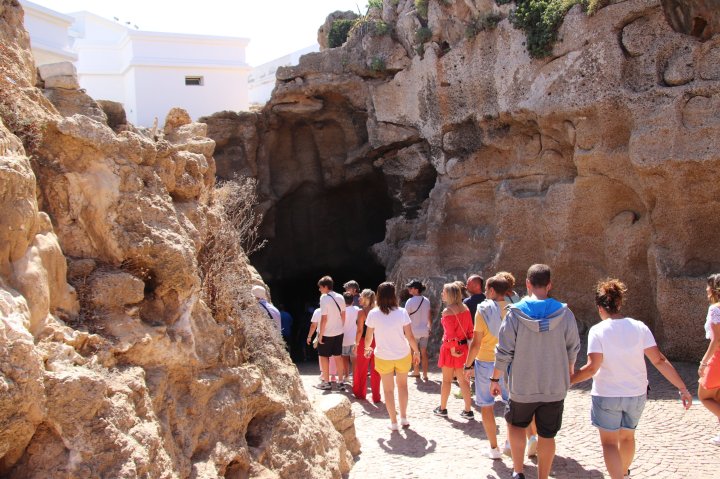 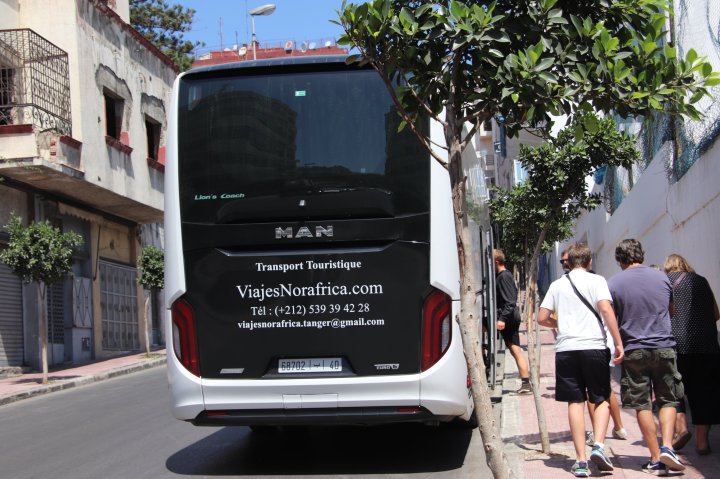 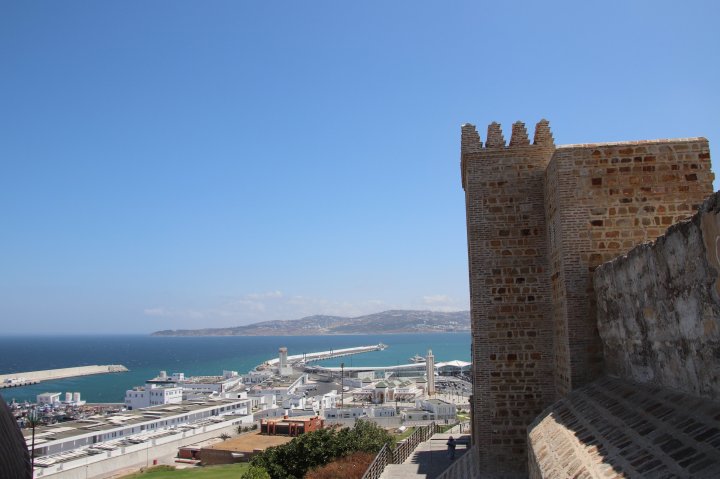 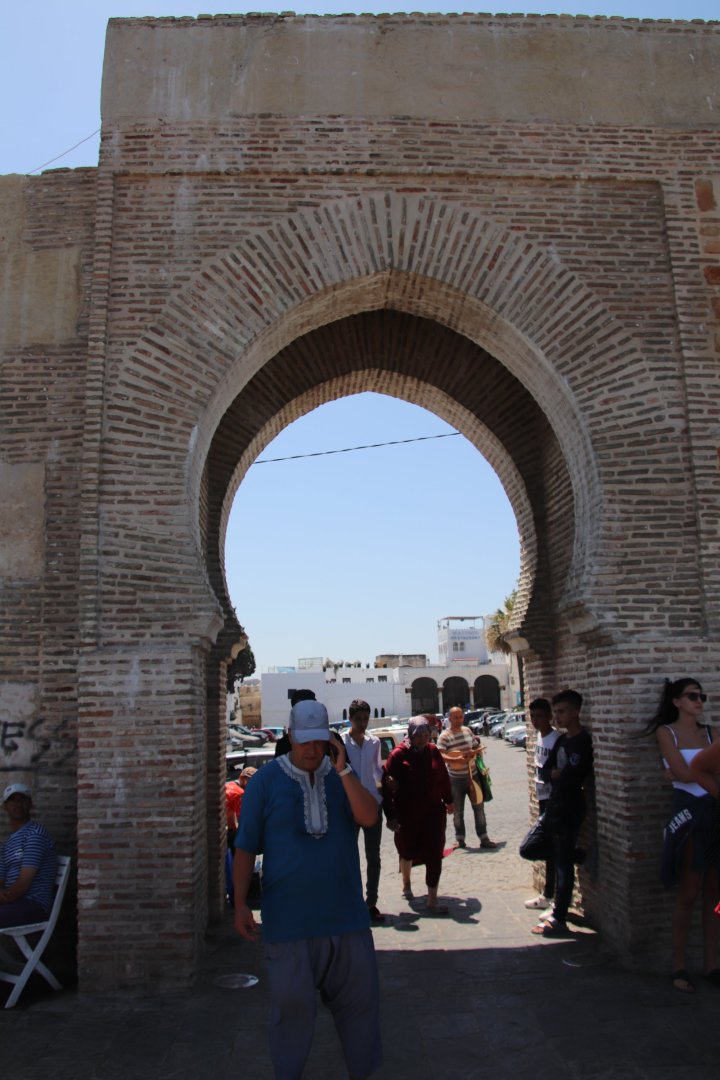 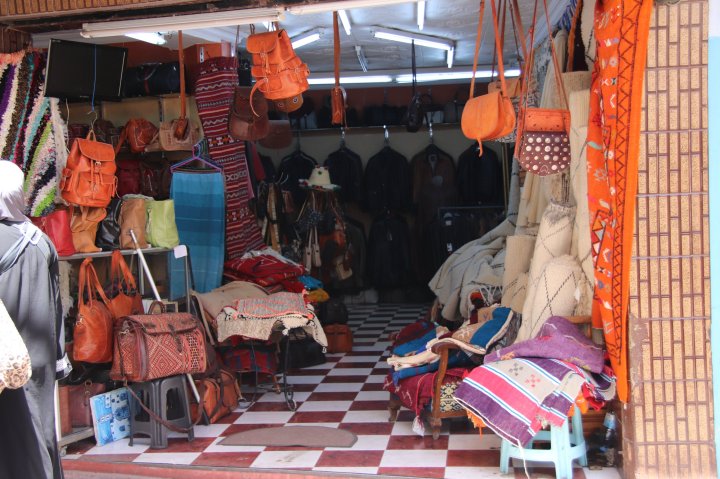 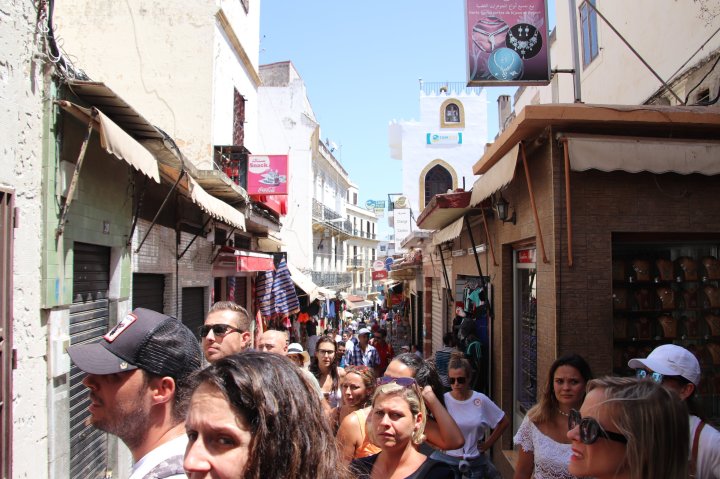 Tangier is a very interesting city, it’s good to see different culture’s, and well worth a visit.

I put up lots of photos up, hopefully so you could get a feel of Morocco / Tangier.

Back in Tarifa now we’re going to stay four more days. Next up Portugal, but fuel tanker drivers are on strike. So there is a shortage of fuel, so we’re monitoring the problem.

Thanks for reading hope you enjoyed. let us know with a like or comment 🙂👍🏖🍺 Derek Pat xx

3 thoughts on “France Spain and Portugal but a different route.Blog four.”