We had a great time at La Rochelle, but it was time to move on. We picked a place to stay out of our Camperstop Europe Book, a great book giving us 9651 places to stay in 27 countries in Europe. We picked out a small village called Saint Cesaire about 50 miles away. Unfortunately when we got there the water was cut off and the parking area was a mess. Most of the aires are very good ranging in price from free to about £10. So we looked in our Camperstop book and decided to move to Meschers sur Grionde. A busy little fishing village on the coast. It was a lovely village so we stayed 2 nights. We chilled out the first day, the second day we had a bike ride, and later we watched England win on a big screen in a bowling alley of all places.

Two days was long enough in Meschers. We’d been told about a village called Aubeterre sur Dronne which had been voted one of the loveliest villages in France, so off we went. It was about an hours drive deep in to the France country side. The parking aire was good with all facilities and it was free. So we settled in for few days. 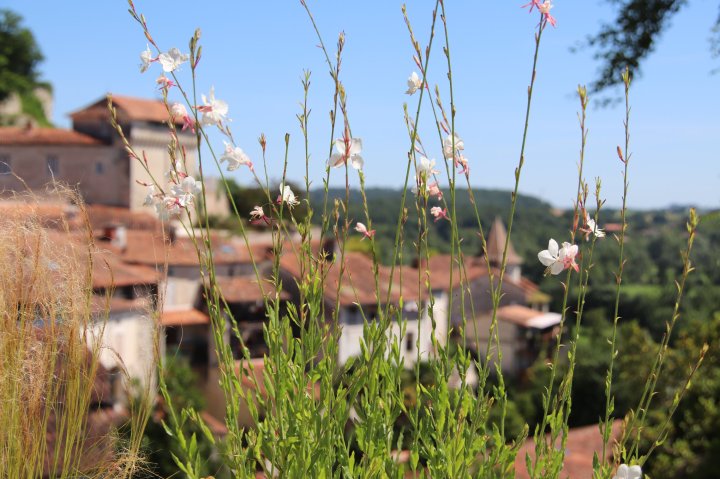 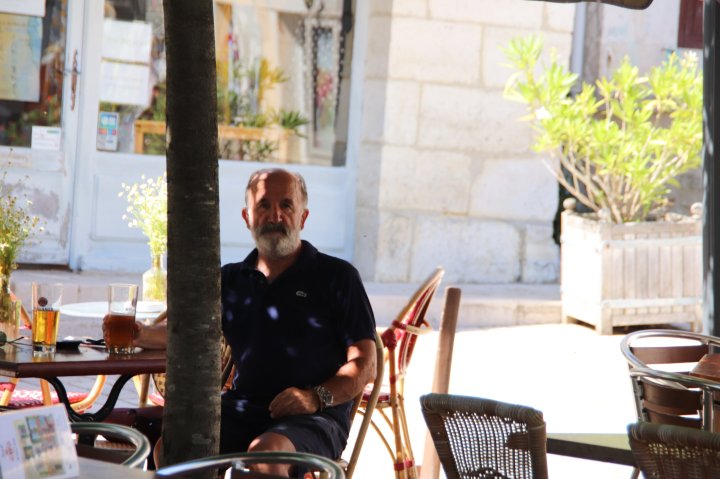 Lots to see and do in Aubeterre. The village is built on a cliff so the roads are steep. There is a Subterranean Church built into the cliff. A Castle built on top of the cliff.And a river runs through the village, plus shops and bars a small Jazz music festival on the Friday night so we decided to say for a week. 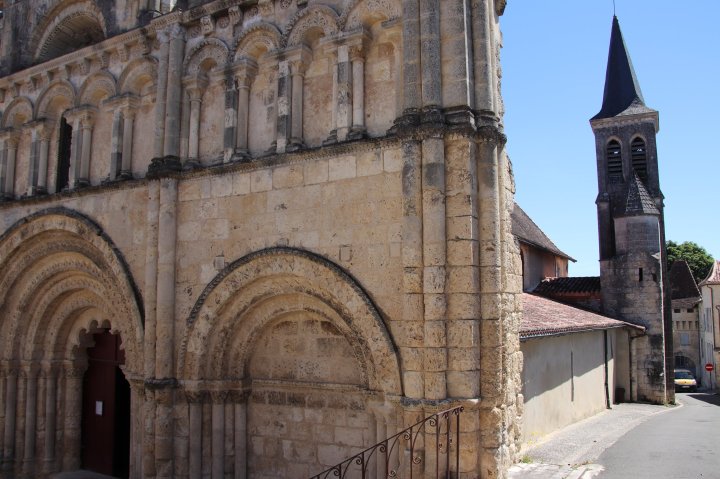 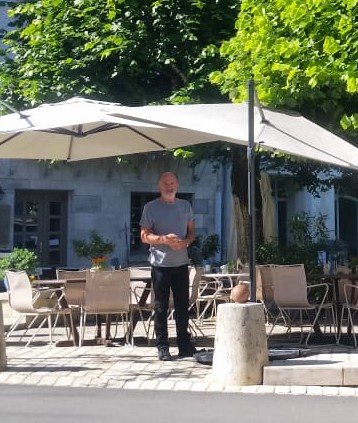 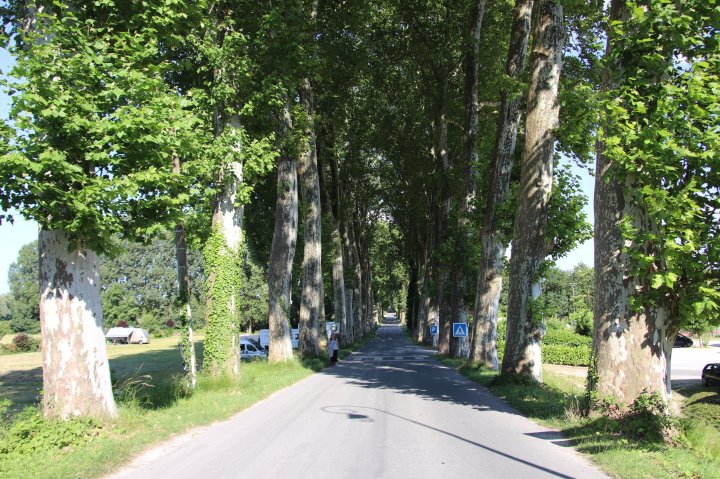 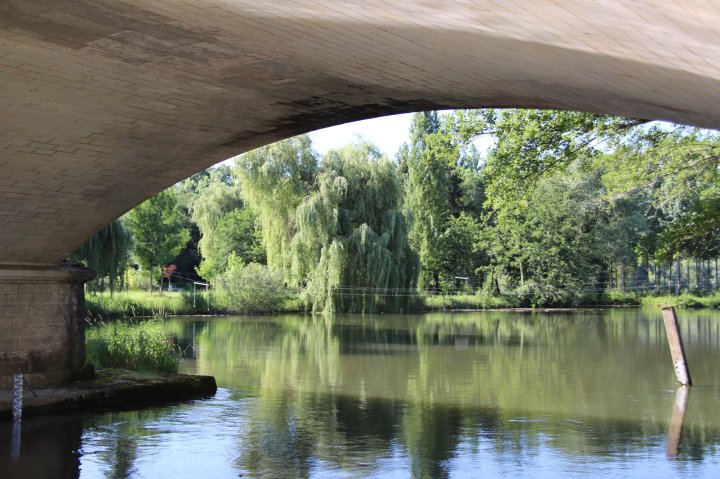 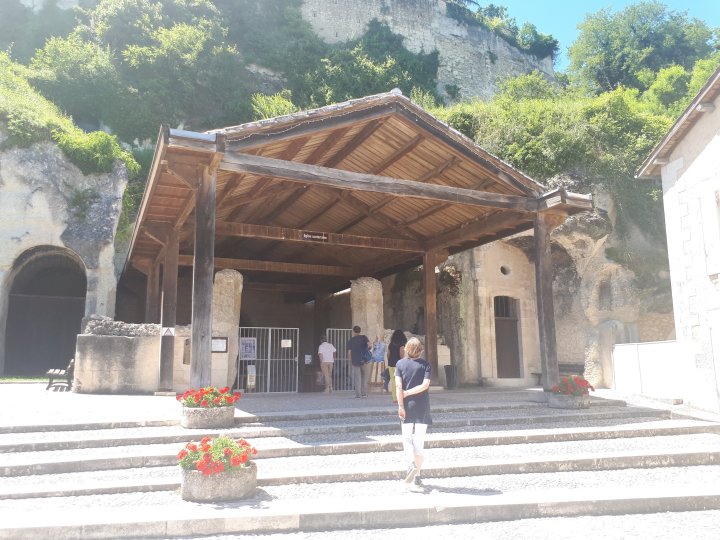 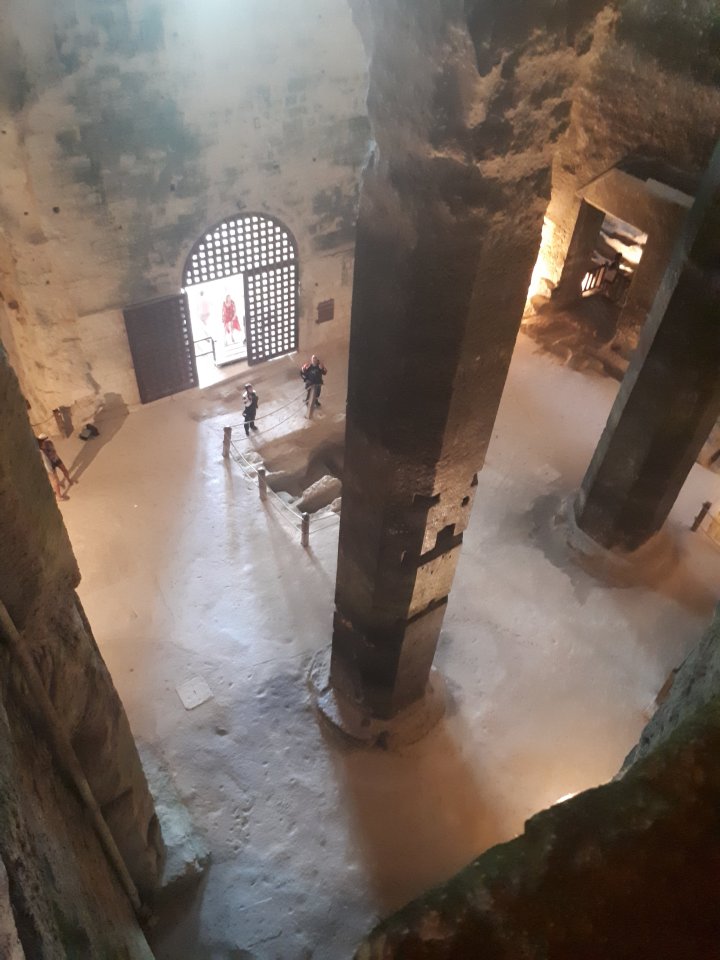 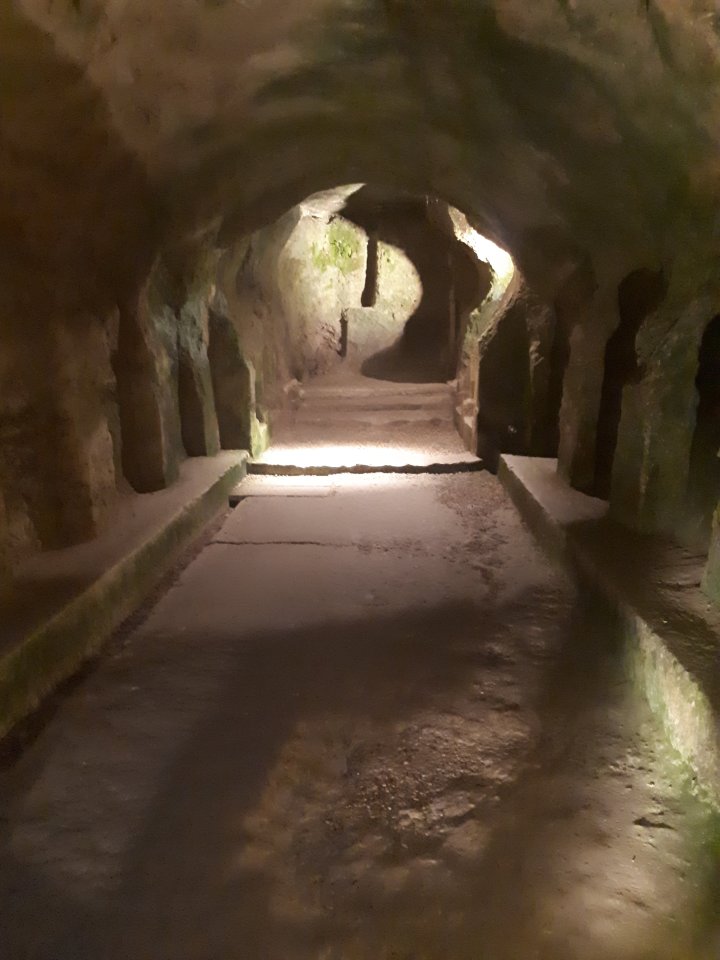 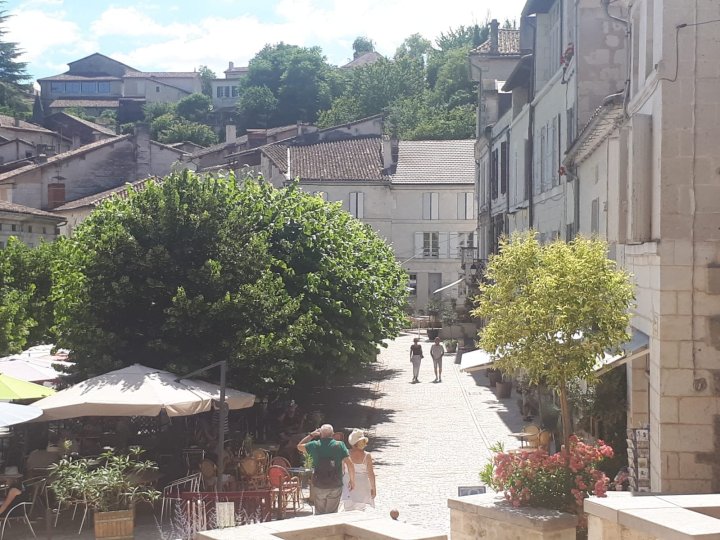 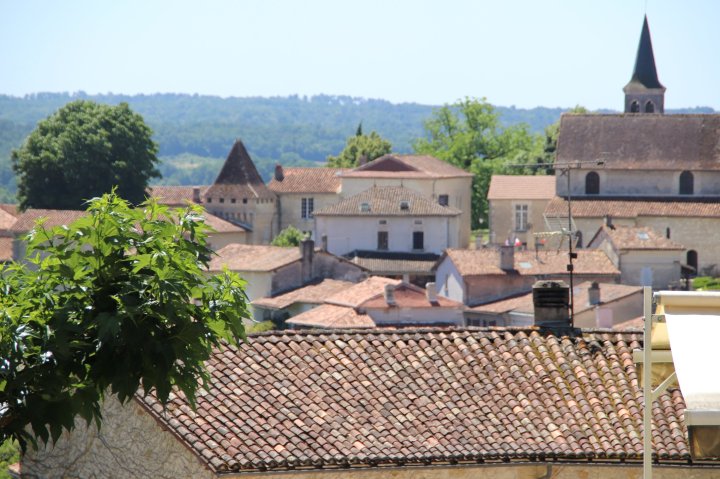 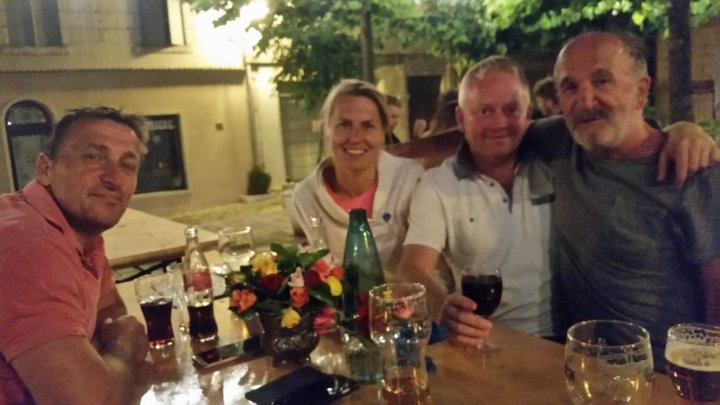 Lots of expats live around Aubeterre and we met up with some of them Mark, Ben And Clare We had great night with them on Jazz music night.

We watch England’s second match 6 1 win (unbelievable) in the Hotel de France the place was full of British expats so it was a lively afternoon.😊

We really enjoyed Aubeterre but it was time to move on. We went to St Emilion a wine making town. We stayed for the afternoon a lovely Town but very busy. Then we moved on to Cadillac to celebrate my birthday. 🤗

We’v been before to Cadillac so we celebrated in a nice bar with a drink or two. We just stayed the one night next day we moved on to Arcachon on the west coast. We parked up wild in the pine forest not far from the beach. We had a walk down to the beach. I’ve got to say the beaches along the French west coast are fantastic. And Arcachon is such a lovely Town. 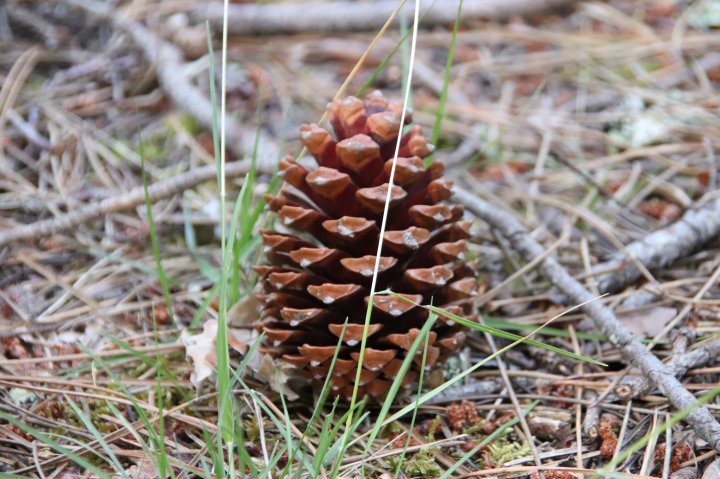 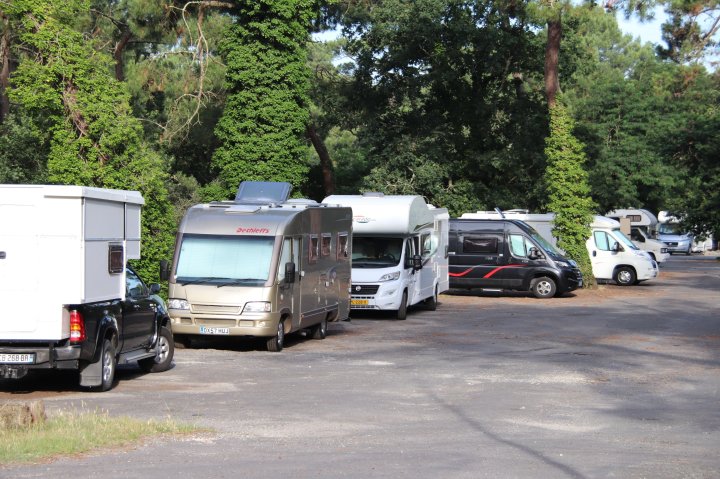 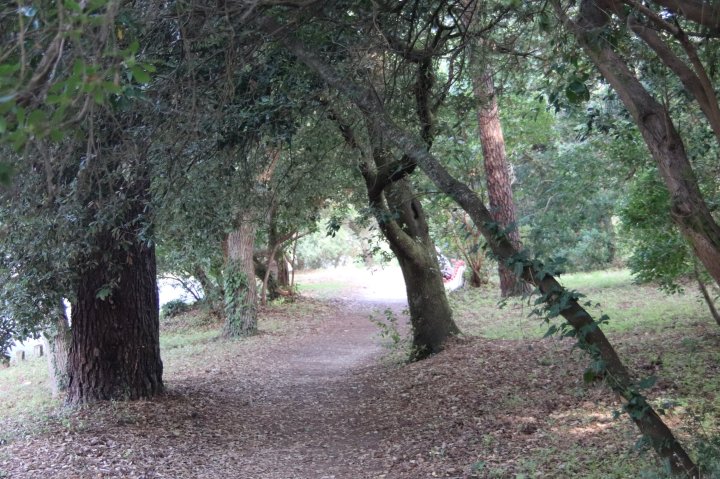 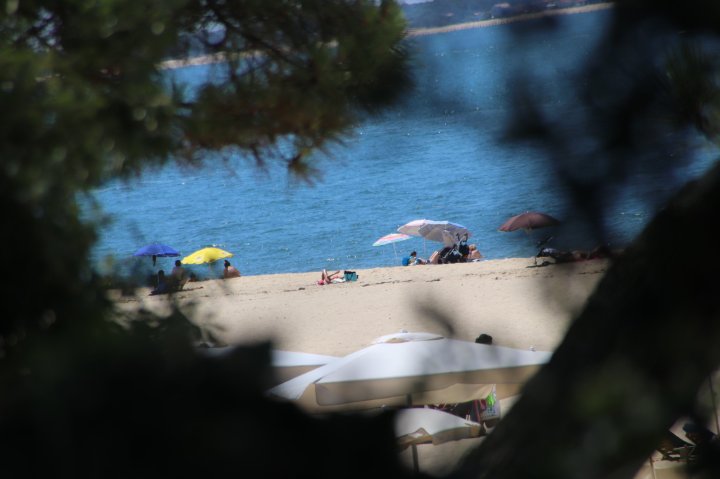 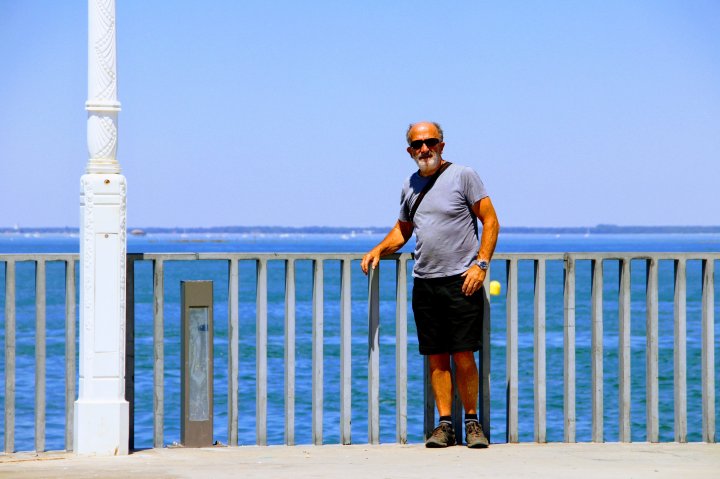 When we got back to the van we had a visit from the Police.

The police said we could only say for one night. And not to treat it like a campsite, but we could put 2 chairs out. The police were fine and said we could stay till 1700 hours the next day. That was good because we wanted to go on a bike ride to the Dune du Pilat. It’s Europe’s highest sand dune giving sensational views over the sea and the pine forest.

Next day we got on our bikes for a 7 mile ride to the sand dune. All on cycle tracks and flat no hills, which Pat was very pleased about🤗. We have been before about 30 years ago with James and Rachel, when we used to go Eurocamping.

We had a really good day. We got back to the van and went to Sanduinet just 10 miles away on a lake. We had a BBQ and chilled for the night. 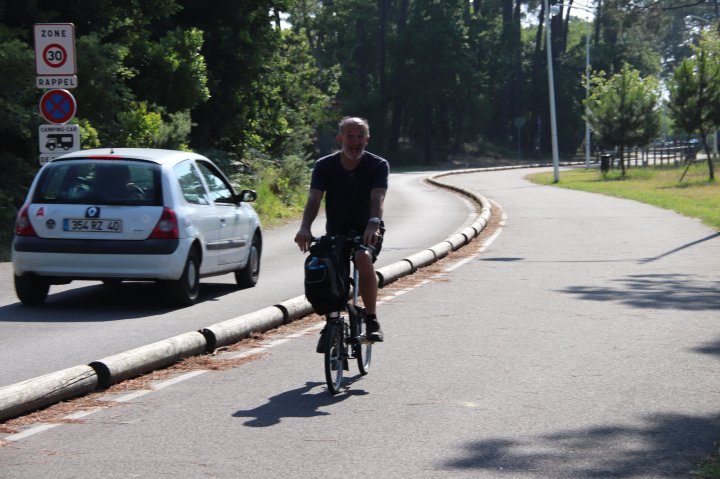 Next day we had ride around the lake on our bikes. On the night we went to a bar to watch England lose😏.

We had 2 days at Sanguinet – very nice. next stop Sainte Eulalie Born 9 miles drive. A lovely aire on the banks of a lake. The weather’s been very hot over 30° and thunderstorms were forecast. We went to a restaurant for a meal, We just finished our meal when thunder and lightning came and we had torrential rain for 2 hours the restaurant flooded and had to shut. We had thunder and lightning all night. next day it was clear blue sky’s.

Were now at Contis La Plage on the Atlantic ocean coast. It’s a surfing beach plenty going on in the surf bars. Think we’ll stay here for a few days and relax. 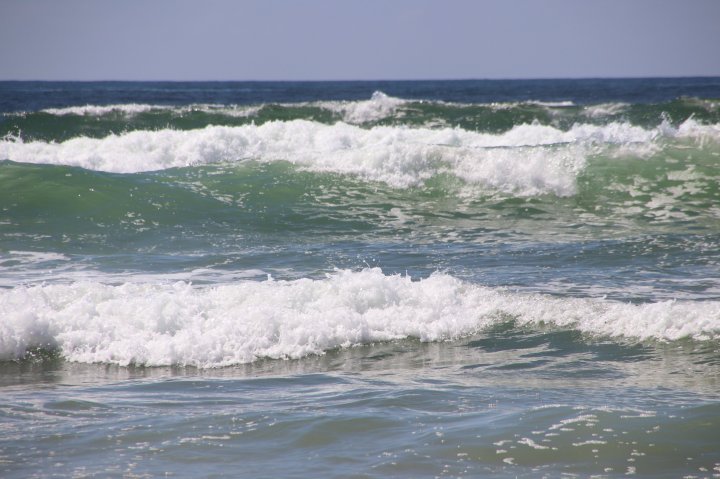 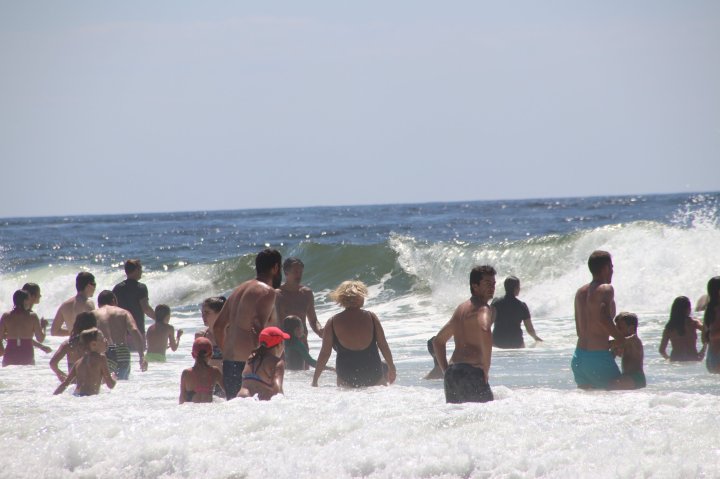 That’s all for now on this blog, but lots more to come.

Were going to visit Bayonne and explore this water side city. A strategic Basque stronghold since medieval time.